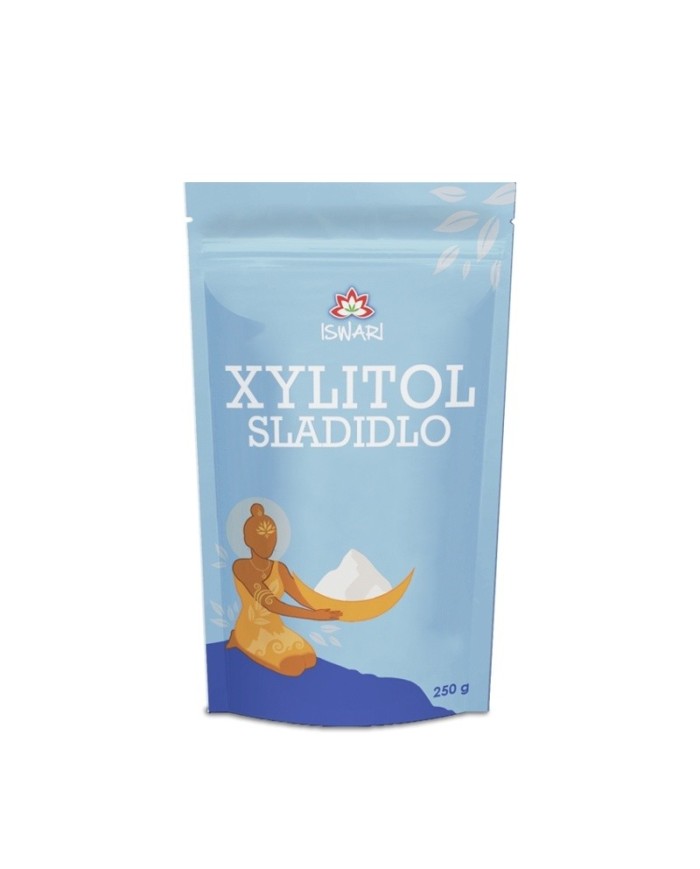 Natural sweetener from birch bark that protects your teeth. Xylitol has the same sweetness as sugar, at a 40% lower energy value and a significantly lower glycemic index (13). In the mouth creates a convenient environment that protects against tooth decay. Xylitol tastes just like sugar. It is sold in the form of crystals.

In general, xylitol is most often obtained from maize or birch bark. It is a modified carbohydrate xylan, which occurs naturally in plants and fruits and vegetables. It can even be produced by human metabolism, up to 15 g per day. It should be noted that whatever the source of xylitol, the resulting product is always identical. The product in our shop - Xylitol Iswari - is obtained from birch bark.

Our body absorbs xylitol slowly and only partially. Therefore, it reduces the body's caloric load by 40% compared to regular sugar. In addition, it does not stimulate the pancreas to produce insulin. Its ability to protect against dental caries is due to the fact that, unlike other sugars, it does not feed, but instead destroys the oral microflora, which by its acid production attacks the tooth enamel.

How to use: Use as a 1: 1 sugar substitute. It is added to coffee, smoothies, cocktails, cooking and baking (it is thermally stable) because it does not change the taste of food.

Dosage: The recommended daily intake is up to 10 g / day (6 tbsp) for adults and 5 g / day (3 tbsp) for children under 12 years. Not recommended for children under one year. Consumption over 20 g per day may cause digestive problems (diarrhea, flatulence). Do not give Xylitol to pets as they cannot metabolize it and may be dangerous to them (similar to chocolate, coffee and other human foods)

In the same category 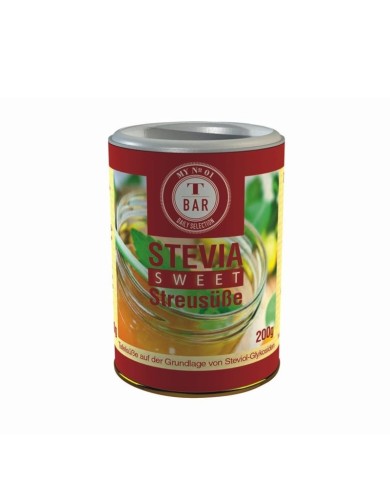 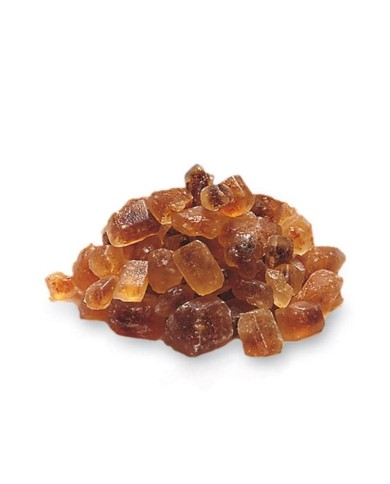 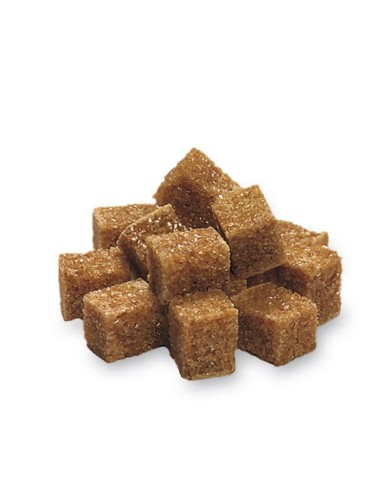 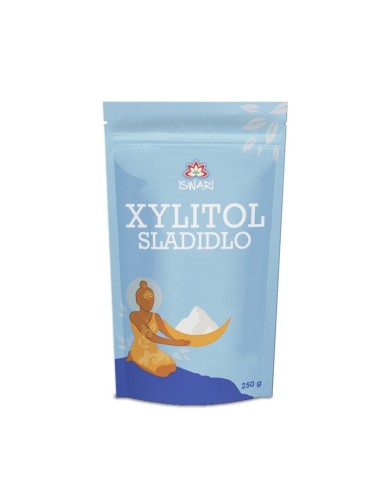 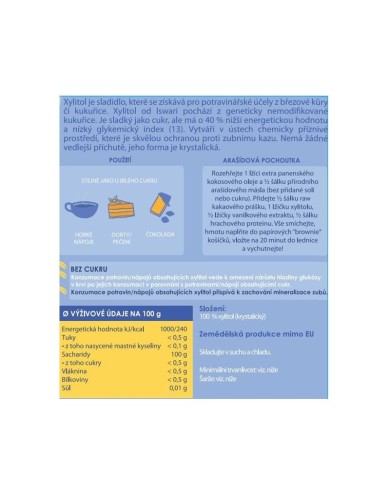